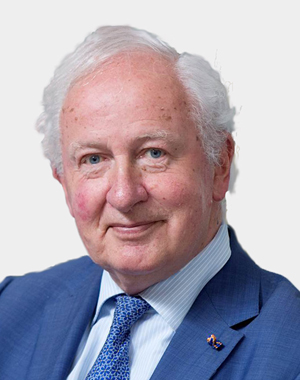 Douwe Breimer is (emeritus) full professor of pharmacology since 1975. He was rector magnificus and president of Leiden University from 2005 till 2007.  In addition, he was director of research of the Leiden/Amsterdam Center for Drug Research (LACDR), chairman of the Center for Bio-Pharmaceutical Sciences and chairman of the department of pharmacology of the Faculty of Pharmacy at Leiden University.

His research is in the area of pharmacokinetics, pharmacodynamics, drug metabolism and drug delivery, using in vitro and animal models, as well as investigations in humans (healthy volunteers and specific patient populations). He is the (co)-author of more than 500 scientific publications and he was the supervisor of more than 50 PhD-students. He has been a member of the editorial board of numerous scientific journals.

He is the founder of the Center for Bio-Pharmaceutical Sciences, which later on became part of the LACDR, and the founder of the Centre for Human Drug Research (CHDR) in Leiden, which is a research foundation aiming at studies on (new) medicines in healthy subjects and specific patient populations. He is a co-founder of  Leiden Advanced Pharmacokinetics and Pharmacodynamics (LAP&P). He is also co-founder of the European League of Research Universities (LERU), of the European Federation for Pharmaceutical Sciences (EUFEPS), and of  ULLA,  a European consortium in pharmaceutical sciences for graduate studies. He served as president or vice-president of these organizations.

He was the Chairman of the Supervisory Board of Life Sciences Partners (LSP) in Amsterdam, a major European venture capital company. He was Chairman of the Advisory Board of the Dutch Medicines Evaluation Board (CBG-MEB) and he chaired the programme committee on the “responsible use of medicines” of the National Research Council.  He was also a member of the Supervisory Board of the Technical University Delft, of the Governing Body of University College Cork and of the Board of Leuven.

On the occasion of his retirement as Rector Magnificus and President of Leiden University in 2007 an asteroid was named after him (10980 Breimer; see NASA website) as well as a recently discovered rare orchid (Bulbophyllum breimerianum; see Blumea 52, pp. 1-3, 2007).

As chairman of the Scientific Advisory Board, Douwe brings a wealth of knowledge and expertise as well as a vast national and international network to Bioneedle Drug Delivery.